Nuevo is the creation of Eric and Jordan Smith.   Eric and Jordan met in Albuquerque in 2004 and later married.  Eric, grew up in New Mexico, attended Los Lunas High School and went to college at Eastern New Mexico University.  Eric has been enjoying the food of NM his whole life!

Jordan, however, discovered her love of NM food later in life.  She was recruited to play women's basketball for the University of New Mexico.  Then she was known as Jordan Adams, a name that is now legendary in Lobo history.  She won multiple MVP awards, broke countless records and led the Lady Lobos to the Sweet 16!  Jordan fell in love with the people and culture (including the food) of NM and they fell in love with her!

Eric and Jordan both traveled the world  and discovered that it was difficult to find their favorite New Mexican food outside of the state.  They decided to solve that problem and founded Nuevo, a subscription box for New Mexican food!

Our dream to bring NM green chile to the world!

Since we began Nuevo in January of 2019 we have shipped to almost every state in the country!  We have been featured in the Albuquerque Journal, KRQE News, KOAT News and many more websites, blogs and publications.

Nuevo is not just a subscription box, we also have an online community of New Mexico food lovers.  When you subscribe to our box you get access to this exclusive community to share recipes and get excited every month for your box. In addition you can sign up for our monthly newsletter with recipes and NM content.  Finally, you can learn to use the products in your box by watching our growing library of recipe videos on YouTube.  Great if you need some inspiration for a New Mexican feast.

We believe that food is about family and friends.  Nothing brings people together like a hardy meal of enchiladas and sopapillas.  That is why we think Nuevo is a great gift.  Let's work to turn this country turquoise...then the world! 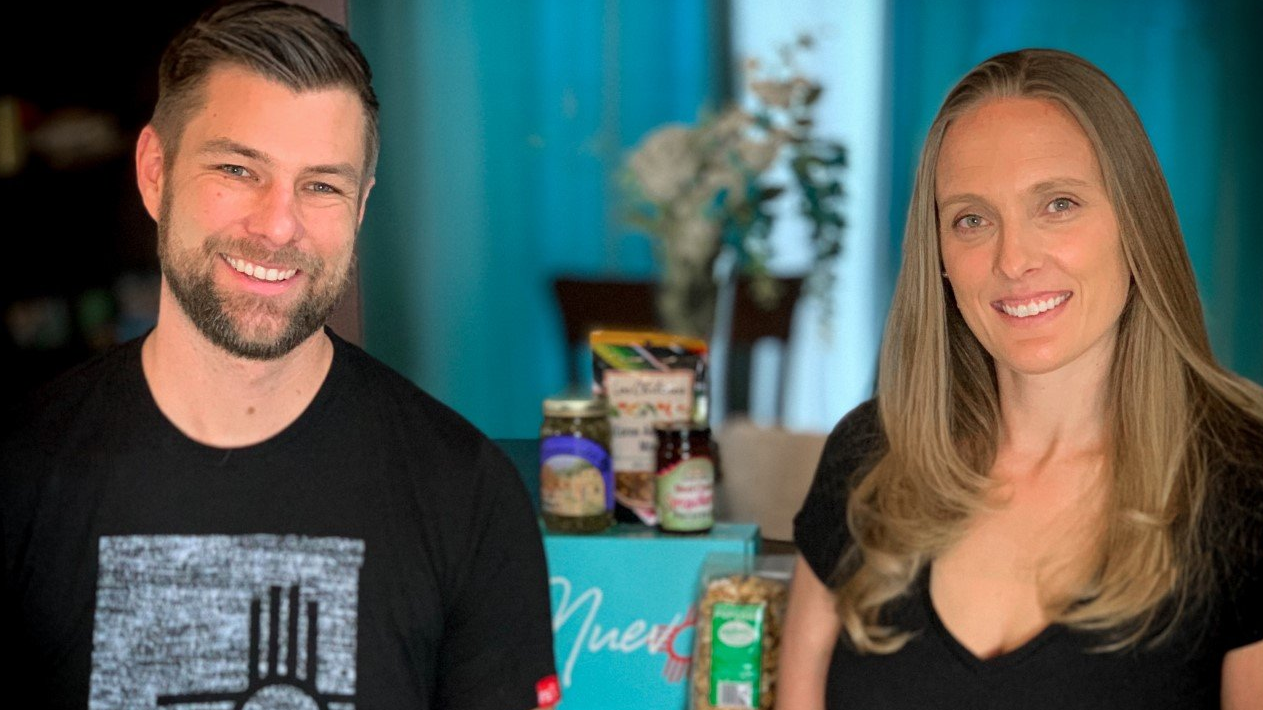 Born in Albuquerque, grew up in Bosque Farms, attended Los Lunas High School and Eastern New Mexico University.   Eric knows what it is like to live far from the food you grew up on!

Lady Lobo Legend, Mother and Entrepreneur.  Jordan founded Nuevo as a tribute to the community that embraced her during her college years.

In business for over 25 years in Rio Rancho, NM .  The team at SRFS is dedicated to getting your Nuevo box to you on time so you can enjoy this great food

Let us share our love of New Mexican food with you!